The PBS featured documentary, “America’s Victoria, Remembering Victoria Woodhull” tells the story of Victoria Woodhull, the first woman to run for US President in 1872.  The documentary was featured on PBS and Canadian Broadcasts, distributed to universities, colleges and public libraries and is currently available on DVD.

Today, the director and producer,  Victoria lynn Weston says, “I wanted to give a fresh look to my Victoria Woodhull documentary and was very excited to utilize voice technology and recognition to inject new life into a very interesting historical figure.”

While most schoolchildren are familiar with the name of suffragette and women’s rights crusader Susan B. Anthony, Victoria Woodhull and her many groundbreaking accomplishments remain largely forgotten.  Fortunately, the future is here with Amazon Echo technology.  Amazon’s Alexa is an essential tool that is an innovative yet a more personable way to communicate, educate and engage audiences worldwide. According to recent research by eMarketer, an estimated 35.6 million Americans will use a voice-controlled speaker at least once a month in 2017, a 128.9% increase over last year.

Today, audiences prefer to get their information and entertainment from a more modern platform.  The 90-minute documentary, “America’s Victoria, Remembering Victoria Woodhull” has been curated into an engaging and interactive Alexa Skill for Amazon Echo Devices.  Once you enable “America’s Victoria”, Alexa will provide two options: “Would you like to ask a question or listen to fact of the day?”  Users can simply say, ‘fact of the day’ to hear historical facts regarding Victoria Woodhull’s life including her Presidential campaign.

“America’s Victoria” Alexa Skill presents over forty audio clips from the documentary which includes interviews with Gloria Steinem, historians and actress Kate Capshaw into bite-size audio clips for users to explore Victoria Woodhull’s themes during her lifetime – she was the first woman to run for US President in 1872 – her poverty stricken childhood, politics, her publishing success, hard times, and her final days in England – to showcase this documentary into a digital, user friendly entertainment medium.  “We tell the story of not just Victoria Woodhull and her accomplishments, but help students understand how far women have come and inspire them to reach even higher to achieve their goals,” says Weston.

Based in Atlanta and San Francisco, Studio Carlton is an awesome group of film, television, and technology professionals focused on creating interactive programs for companies and individuals to deliver engaging brand messaging, interactive books, educational programs and podcast streaming for voice-activated, data-driven platforms like Amazon Echo devices and Google Home.

Studio Carlton is dedicated to producing Alexa Skills for books, podcasts, documentaries and the popular Alexa Briefings or as they are also called, Alexa NewsFlashes.  The current list of companies who utilize Alexa NewsFlashes to deliver news or use it as a tool to accompany or even replace email newsletters include; TEDTalks, WSJ, NPR, Cooks Illustrated, AYRIAL and  many more!

What’s equally exciting to having your own Alexa NewsFlash, is you can also include a podcast to stream!  Alexa NewsFlashes are innovative, engaging and simply the best way to communicate with your audience!

Studio Carlton can save you thousands dollars on development, production, and implementation.  Parties interested in learning how Studio Carlton can develop your own custom Alexa Skills for business brand messaging,  promote your book, stream your podcast via Amazon Echo or Google Home, can reach out to Studio Carlton at [email protected]. 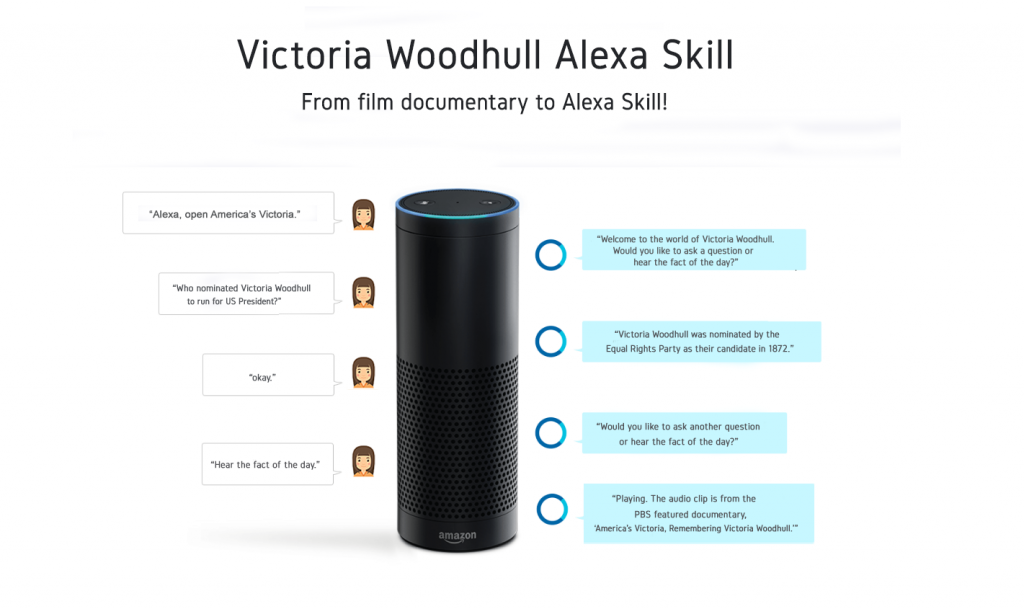